When my old car was on its last legs, so to speak, I had to begin the unenviable task of looking for a new car.

I know some people love the challenge of looking for a new car, but for me it can sometimes be a bit stressful as you have to think about loads of different things such as how much you want to spend, what sort of car you want to buy, and where or whom you want to buy it from. 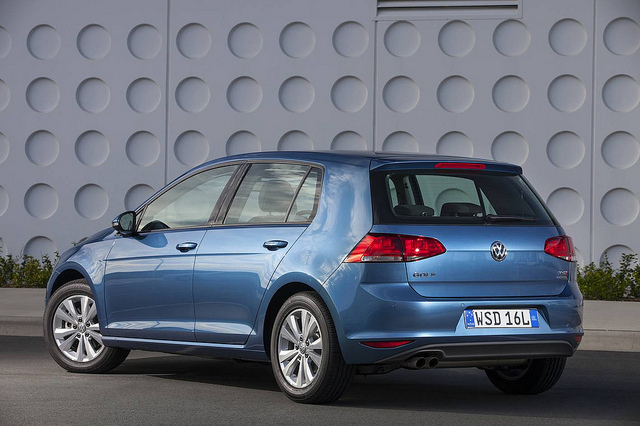 My requirements were pretty straightforward at the time, which was actually unusual for me as people that know me will often state that I keep changing my mind about things, especially when it comes to cars!

I decided that I wanted to buy a 5-door hatchback car that was comfortable enough to transport me and up to three passengers in, and had an ample amount of boot space for cargo. As for budget, I was flexible on it but had a specific ‘ceiling’ limit in mind for the car I wanted.

In the end, I decided to buy myself a sixth-generation Volkswagen Golf. As a rule, I don’t buy brand new cars because of depreciation, and because the seventh generation of the Golf came out in 2013, I was able to bag myself a bargain on a nearly-new sixth generation model from motorlinedirect.co.uk.

I had looked at plenty of different models on the market such as the Ford Focus, Vauxhall Astra and the Renault Megane, but I was 100% won over by the Volkswagen Golf. Here’s why:

It’s a pretty well-known fact that the build quality of Volkswagen cars is of a really high standard, despite it being a mass-produced car which, as you may know, can be prone to problems relating to how certain components were assembled in the factory.

I remember seeing an amusing television advert from Volkswagen a couple of years ago about how some cars ‘sound’ like a Golf, but on a serious note when you get inside of a Golf and close the door you will instantly discover why many hatchbacks from competitor carmakers try to mimic that German build quality and fail miserably!

I must admit; I’ve always had a bit of a soft spot for the Volkswagen Golf, as my first car was a mk1 model. At the time, my first car was around 15 years old and was surprisingly reliable considering its former keepers didn’t exactly maintain it that well!

Fast forward several years to the mk6 Golf that I bought recently, I am pleased to say that this trend of reliable motoring has continued. I know it’s probably early days to speculate whether my Golf is going to be just as reliable when it’s older, but I’ve had cars from other makes of a similar age and have had to spend hundreds of pounds repairing them!

One of the things that Volkswagen is known for is how safe its cars are. To give you an example, Euro NCAP awarded the mk6 Golf five out of five stars for the safety tests it carried out on that generation!

This website uses cookies to improve your experience while you navigate through the website. Out of these, the cookies that are categorized as necessary are stored on your browser as they are essential for the working of basic functionalities of the website. We also use third-party cookies that help us analyze and understand how you use this website. These cookies will be stored in your browser only with your consent. You also have the option to opt-out of these cookies. But opting out of some of these cookies may affect your browsing experience.
Necessary Always Enabled
Necessary cookies are absolutely essential for the website to function properly. This category only includes cookies that ensures basic functionalities and security features of the website. These cookies do not store any personal information.
Non-necessary
Any cookies that may not be particularly necessary for the website to function and is used specifically to collect user personal data via analytics, ads, other embedded contents are termed as non-necessary cookies. It is mandatory to procure user consent prior to running these cookies on your website.
SAVE & ACCEPT